How To Measure A Hyper-Casual Game’s Trajectory to Success

Sven Lubek lays out which data markers hyper-casual game developers should be paying the most attention to.

As you’re building your next hyper-casual game, it’s important to start thinking early on about the metrics that will help you understand how your game is performing against your objectives—in other words, establishing your Key Performance Indicators (KPIs). Determining your game’s value and assessing its performance starts with knowing which KPIs are the right ones that you should care about and track.

There are two key areas to consider grouping these KPIs into: In-App Performance (IAP) and User Acquisition (UA). In-App Performance metrics offer you the day-to-day snapshot of where users are dropping out of the game, so that you can focus on extending the life cycle of players and their Life Time Value (LTV). There are several fundamental KPIs in UA that you should be monitoring every day, as they give you an accurate reflection on the overall success of your game and what areas may need modifying.

Below are the top KPIs we recommend monitoring in your hyper-casual game, in order to drive ongoing success. We map out the user funnel and guide you through the user journey through the game and into monetization:

For your game to get discovered and for your app to stand out stronger, boost your ASO (App Store Optimization). It enables your app to become more relevant for the keywords that represent your game within the algorithms of the App Store and Google Play. As a result, should start getting more organic installs from users that are looking for a game like yours (high-value users). After making the ASO updates, you will also start seeing lower CPI’s, as you are still relevant for what your game is offering. As they are organic installs, the users are more targeted users: so you can get better retention from them, and therefore, more revenue.

Conversion rates of the App Store for hyper-casual games are:

Now that your ASO is in place, we can look at CPI.

CPI is the amount you spend for a paid install (e.g. on Facebook Ads campaigns) and is extremely important to monitor and measure. You pay once the app is installed, rather than the advert being viewed. A low CPI leads to more budget that can be spent on UA to drive more traffic to your game. It can also act as a flag for indicating the overall appeal of your ASO (landing page). A high CPI could be the result of many factors within your campaign set-up.

For a successful CPI campaign set-up, ensure that you have developed the right creatives and messaging for the right target group and country. All the creatives you have in place and ASO should be tailored to that target group and reflect their needs, from the text (e.g. call-to-actions) down to the design. For example, the style should reflect the target user and remain consistent across the different channels.

Organic uplift is a way to measure the relationship between paid and unpaid (organic) app installs, calculated as the number of organic users acquired per each non-organic user. The higher the organic uplift, the more organic installs and, so, the lower effective CPI.

Essentially, it tells you if the market you are targeting actually like the game and whether you will have success with the game in the mid/long term.

For hyper-casual games, this KPI is really important because if you don’t track your organic installs, once you decrease your UA investment, the keywords you rank for will decrease as well. Your app store ranking will then decrease as a result, organic downloads will decrease and your CPI will be higher.

Note that if you are ranked for the main keywords your market is interested in, Google and iOS algorithms will give you a lower CPI, resulting in better conditions to keep acquiring users.

This metric can act as a red flag to indicate whether there are areas of your game requiring change. For example, a low rate on Day 1 may mean that your game is not challenging enough for the user and thus the user doesn’t return after the first session. A promising Day 1 retention rate, but low rate on Day 7 may indicate that while your game is engaging at first, it lacks incentive for the user to return after time has passed. As a result, you may want to increase the difficulty of some levels or implement a daily reward in order to encourage players to return.

Also referenced alongside ARPDAU (average revenue per daily active user), ARPU is one of the most popular and most important monetization indicators in gaming. It’s the amount of revenue driven from one player on average. It’s calculated by dividing the revenue for a selected time period by the active users from that time period.

Normally, you would build cohorts of the user, that for example start on the same day and look at their ARPU. It does not make sense to look at overall users because in the early stages of your game, you want to focus on how your game concept is performing, rather than revenue.

You’ll want to focus on other metrics such as retention, session length, stickiness and number of sessions, because this indicates that your game is fun and engaging for players – which is critical in building up your player base.

Once you see that your game performs well and it matures in the market, you will have more of a player base, so you can start thinking in the revenue you are getting from your users. Then it’s even more critical to look at ARPU regularly as an indicator of LTV.

Keep track of the ARPDAU, as it will help determine the limits for your CPIs. It will also give you a better understanding of the daily behaviour of your users and make it easier to know your LTV.

The LTV gives you the limits of how much you should pay for each user you get into the game (paid installs).

Now that you find yourself at a more advanced stage of the game user acquisition journey, you can consider the LTV. Ensure that you have the ad monetisation networks, conversion rate and retention already optimised. So, to have a game that makes revenue, your CPI should be lower than the LTV.

Last but not least, you’ll want to consider ROAS. Similarly to the LTV and CPI explained above, this KPI will gather together the sum of both, acting as a final conclusion and parameter for success: whether the game is generating revenue or not.

eCPM is the cost that ad networks pay per thousand ad impressions in an ad space within your game. It’s an important metric to measure, as it represents the overall effectiveness of your game and the quality of users that you’re attracting to it. The higher the quality of users are as a result of UA, the better your overall eCPM will be from ad networks, and the higher your overall revenues will be.

While it’s important to keep in mind differences in gameplay style and type that would result in different benchmarks for these metrics, overall these are the right metrics to monitor across all genres of gaming. Setting benchmarks for your hyper-casual game across acquisition, user behaviour and monetization performance will give you a guiding baseline for understanding your game’s chances of success, where and when adjustments need to be made, so that you can extend the lifetime value of your players and drive sustainable long term growth. 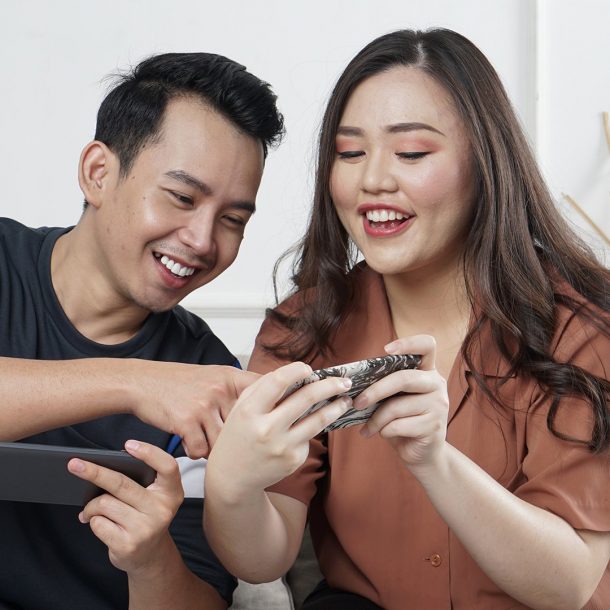